Vietnam’s economic growth is expected to reach only 6% in 2016, according to a report released by the Vietnam Institute for Economic and Policy Research (VEPR) at a forum in Hanoi on October 11. 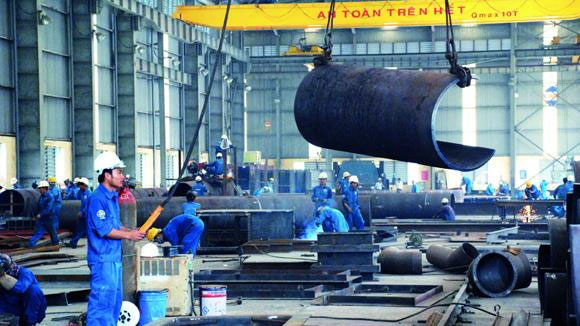 Vietnam’s economic growth is expected to reach only 6% in 2016, according to the VEPR. (Source: NDO)

VEPR Director Nguyen Duc Thanh said that the country’s economy had significantly improved in the third quarter of this year, with its gross domestic product (GDP) rising by 6.4%, putting its growth during the first nine months of the year at 5.93%.

According to the General Statistics Office (GSO), the agricultural sector is estimated to grow by only 0.05% in the first nine months of the year, contributing 0.01% of GDP growth. In addition, forestry and fisheries have witnessed a slowdown compared to the same period of last year.

The representative from the VEPR also emphasised that the growth of manufacturing and processing industries had reached 11.22%, higher than the two previous years.

As of late September, the domestic mining industry was expected to decrease 3.6% against the same period of last year.

The VEPR experts also said that the consumer price index (CPI) had significantly increased in the second quarter, particularly since the start of the new academic year in September. In September, the CPI increased 0.54% with the educational sector contributing 0.42%.

The VEPR forecasted that this year’s inflation could reach the target of 5% set by the National Assembly. Inflation in the late third quarter was 3.34%, while core inflation ran at 1.85%./.