Vietnam to market tourism in Indonesia this August

A Vietnamese tourism promotion campaign will be held from August 3-7 in Surabaya and Jakarta cities of Indonesia, which is emerging as a critical and potential market of Vietnam. 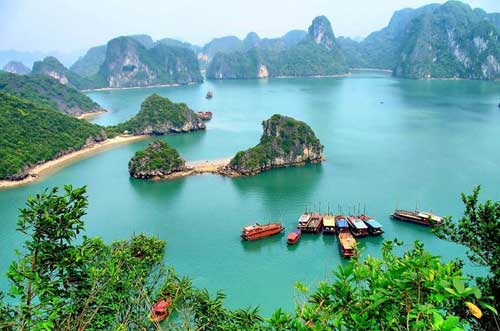 The Vietnam National Administration of Tourism (VNAT) said the campaign will offer a chance to popularise the country’s images, help travel companies seek Indonesian partners and attract visitors from the archipelago nation.

It is a large-scale 2015 promotion campaign, the administration said, noting that the VNAT is working with the national flag carrier Vietnam Airlines to sell Ho Chi Minh City – Jakarta round-trip tickets for participating firms at discount prices.

Vietnam and Indonesia have seen an increasing number of their citizens visiting the other country, reaching about 100,000 in 2013 from nearly 95,000 a year earlier.

The VNAT said though the number of Indonesian visitors to Vietnam is still modest, favourable conditions are now in place to attract more tourists from the archipelago country.

It added that a majority of Indonesian tourists are interested in some of Vietnam’s famous destinations such as Hanoi, Ho Chi Minh City, Ha Long Bay, Ninh Binh, Hue, Da Nang and Hoi An. The administration also underscored the need for more tour guides speaking the Indonesian language.