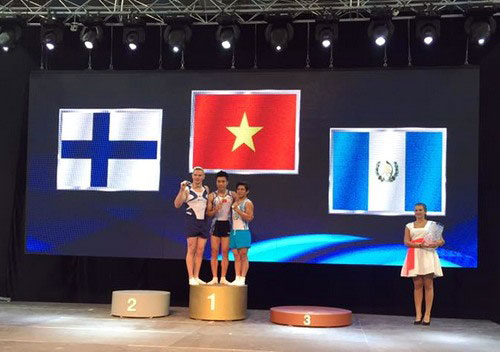 In the qualifying round, Dat ranked second with 14.750 points, behind Polish Lukasz Borkowski with 14.775.

25-year-old Dat was the first Vietnamese gymnast to have a move named after him by the International Gymnastics Federation.

At the 2013 World Championships, Dat and Kenzo Shirai of Japan successfully performed a quadruple full twist on the floor which was named the “Shirai-Nguyen” move.