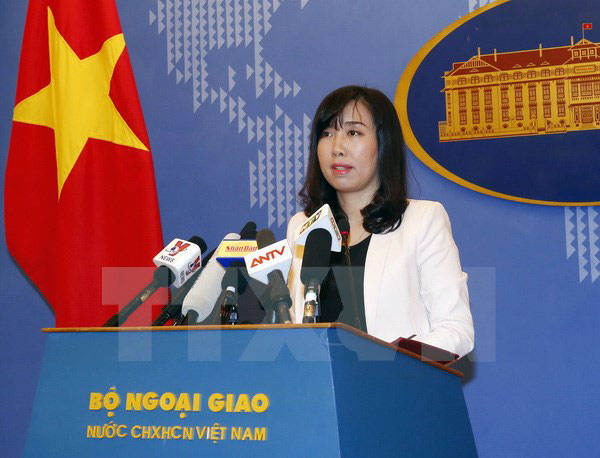 She made the statement in Hanoi on May 8 in response to reporters’ queries about Vietnam’s response to the recent visit to Truong Sa archipelago’s Thi Tu island by Philippine Defence Secretary Eduardo Ano along with Philippine and foreign reporters.

Vietnam asks parties concerned to respect Vietnam’s sovereignty over Truong Sa archipelago, fully and seriously implement the Declaration on the Conduct of Parties in the East Sea, exercise restraint and refrain from actions that cause tension and further complicate the situation, and settle disputes by peaceful means in accordance with international law, she said./.