Vietnam ranks 31st out of 72 countries in English skills

Vietnam has made significant headway in English language education in the last few years, but needs to move faster to achieve its targets, an expert from a US-based global education company that draws up the annual English Proficiency Index has said. 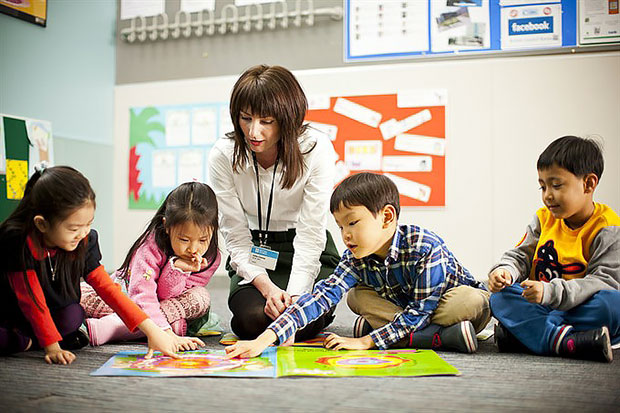 Vietnam has made significant headway in English language education in the last few years, but needs to move faster to achieve its targets. (Photo congly.vn)

Education First’s sixth EPI, which was released in Ho Chi Minh City on November 15, has ranked Vietnam 31st out of 72 countries and territories with 54.06 points and in the moderate-proficiency group.

Minh Tran from Education First said, “Over the last seven years, since 2007 when the first EPI was released, Vietnam has significantly improved its English skills.”

The report also revealed that women – in Vietnam and all over the world – speak English better than men.

In the country, English skills are evenly distributed across various age groups without a significant skew in favour of any group.

In the Index, Vietnam is between Hong Kong with 54.29 points and Indonesia with 52.94 points.

For the first time ever, Singapore, an Asian country, is in the highest proficiency band while Malaysia and the Philippines are also in the top 15 countries world-wide.

Europe has the best English proficiency but made no improvement.

Most European nations have high to very high proficiency, with the Dutch in top position with 72.16 points, followed by Denmark and Sweden.

The Middle East and North Africa continue to occupy the lowest rank.

Latin America is the only region that experienced a decline in English proficiency in the past year.

The report finds a strong correlation between a country’s English proficiency levels and many social and economic indicators like gross national income per capita.

“In the volatile global economy, English proficiency is one of the few skills with proven ability to generate opportunities and strengthen employability,” Minh Tran said.

Indexes of quality of life, such as the Human Development Index and the Legatum Prosperity Index, also correlate positively with the EPI.

Students in Cần Thơ city will return to school face-to-face from Jan.17