Vietnam adamantly opposes the Chinese Navy’s commemoration of the so-called 70 years of the recovery of two archipelagoes in the East Sea, Foreign Ministry Spokesman Le Hai Binh said on December 12. 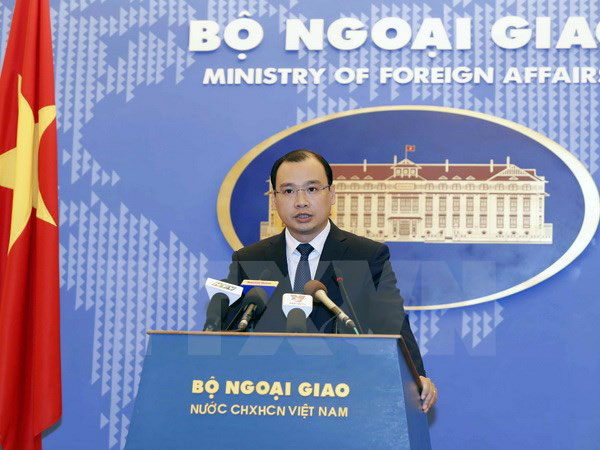 He made the statement while answering reporters’ question about Vietnam’s response to the Chinese Navy’s marking of the so-called 70 years of recovering Hoang Sa (Paracel) and Truong Sa (Spratly) Islands on December 8.

“Vietnam has sufficient historical evidence and legal foundation to affirm its sovereignty over Hoang Sa and Truong Sa archipelagoes – Vietnam’s long-standing territories. After the World War II, the international community rejected China’s claim on these islands.

The affectionate gathering with retired leaders of the Public Security Ministry