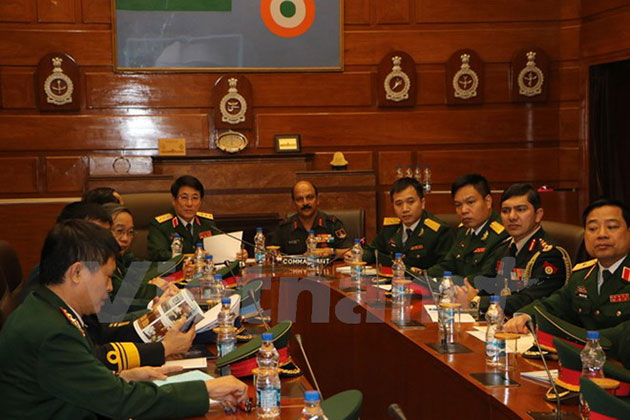 Director of the General Department of Politics of the Vietnam People’s Army Luong Cuong and the Vietnamese delegation visit the National Defence Academy of India (Source: VNA)

Speaking at the meetings, Cuong affirmed that the Vietnamese Party, State, People’s Army and people always bear in mind the support of India for the country’s struggle for national liberation in the past and for its current nation building cause.

He said the regular exchange of high-level army delegations has proved effective, suggesting the Indian Armed Forces’ units, especially the Navy, Air Force and Army, intensify cooperation with the Vietnam People’s Army (VPA), with the focus on personnel training, exchanges of young officers, and coordination in United Nations peacekeeping missions.

India is willing to help the VPA in several fields that it has the expertise, they confirmed, showing their determination to implement signed defence agreements and recommending possible cooperation domains.