Vietnam’s fertility rate has declined from 6.4 to 2.1 children per woman over the last 55 years, but the rate varies widely among provinces, according to the General Department of Population and Family Planning. 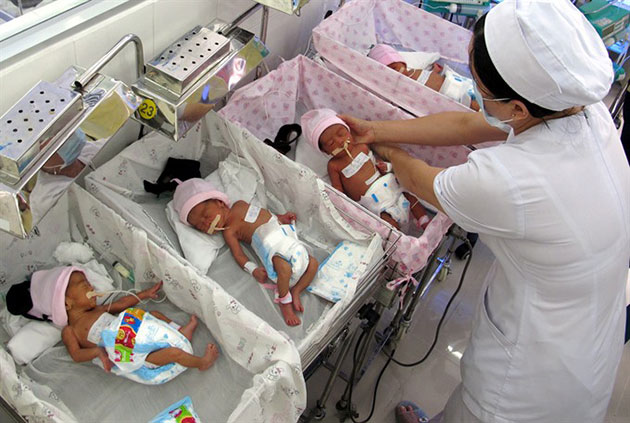 The rate in HCM City is 1.45, while the southeastern province of Binh Duong has a rate of 1.7.

The Central Highlands province of Kon Tum has a fertility rate of 3.45 and the northern province of Ha Giang 3.08, according to Le Canh Nhac, the department’s deputy head.

Nhac spoke at a meeting in HCM City on December 16 to celebrate 55 years of the national population and family planning programme.

Nhac called the low fertility rate of HCM City “alarming”, saying that families in the city should be encouraged to have two children.

“This low rate will not ensure human resources in the future, and will reduce the so-called golden population and add to the aging population.

This will influence the city’s socio-economic development,” he added.

On the other hand, provinces with a fertility rate higher than the country’s average of 2.1 should reduce the number of children born to each family, he said.

Of the provinces and cities in the country, HCM City performed the best, with a ratio of 103-106 boys per 100 girls.

More services for pre-natal and newborn screening will be expanded throughout the country to improve the health of the population, Nhac said.

Nguyen Huu Hung, deputy head of HCM City’s Department of Health, said the planning, which was designed by HCM City authorities, was prompted by the large number of migrants who move to the city./.