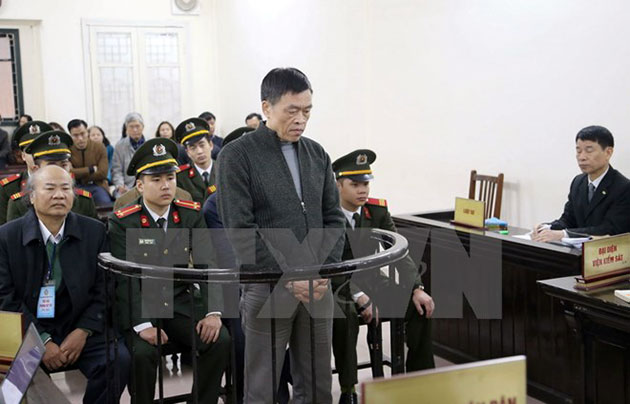 For other defendants in the case, Tran Van Khuong, the company’s ex-chief accountant, was sentenced to life imprisonment also for embezzlement, while Giang Van Hien, father of Giang Kim Dat, was given a 12-year jail term for money laundering.

The court demanded the recovery of over 260 billion VND (11.56 million USD) misappropriated by the defendants to return to the Vietnam’s Ship Building Industry Corporation (Vinashin), the parent company of Vinashinlines.

The court held that there are sufficient grounds to confirm that during the process of purchasing and leasing ships, Liem, Dat and Khuong had abused their position and power to appropriate more than 260 billion VND of Vinashinlines.

Liem was pinpointed as the ringleader in the case, while Dat was a proactive accomplice and Khuong was an accomplice./.