Tourism festival to be held at Tram Chim National Park

The Mekong Delta province of Dong Thap will organise a tourism festival at the Tram Chim National Park in Tam Nong district on September 25. 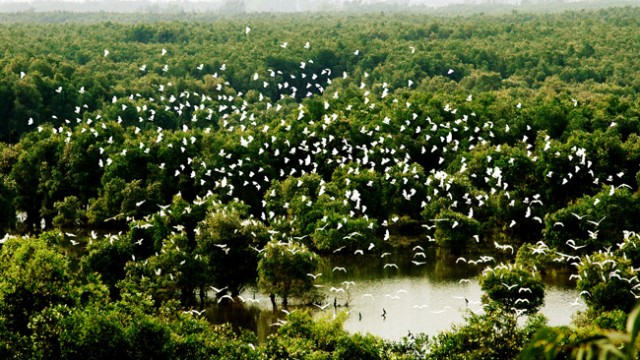 The festival will include a photo exhibition about the national park, a world Ramsar site (wetland of international importance), a bird contest and tours to view the park during the delta’s flooding season.

The 7,612-ha national park is among the delta’s most beautiful destinations during the flooding season.

It has a vast area of green cajeput trees, and beautiful lotus and water lily flowers.

The park, which is one of the country’s eight most important bird conservation areas, has 198 bird species, including red-headed cranes listed in the World Red Book of endangered species.