The final round of Miss Mekong Delta contest in 2015

In the framework of Mekong delta green tourism week in 2015, in the evening on June 27th, the finale of Miss Mekong delta 2015 took place, with 30 candidates from Mekong delta provinces, cities and some other localities nation-wide. 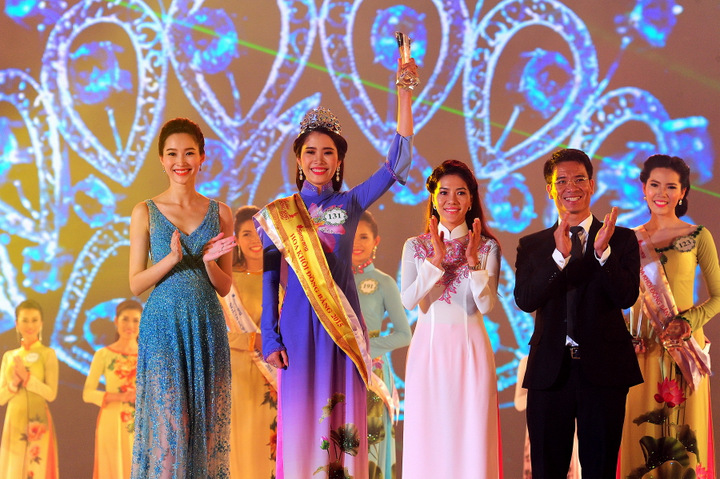 At the end of the contest, candidate Nguyen Thi Le Nam Em (19 years old), from Tien Giang province, a student of the army culture-art University excellently won the crown and a prize worth 300 million VND. This candidate also won a minor prize: the beauty of talent.