In the morning on August 24th, Mr. Nguyễn Hòa Bình – Secretary of the Party Central Committee, Tribunal President of the People’s Supreme Court and his entourage came to work with Cần Thơ city People’s Court. 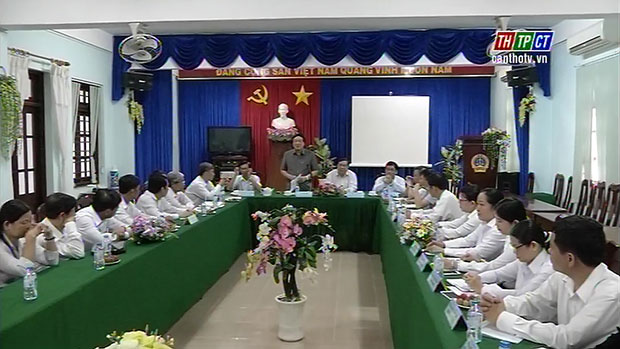 From October 2015 to July 2016, the court solved 71% of cases, increasing 5% compared to last period without any wrong decisions or criminal escaping from punishment.

However, the sector has still encountered difficulties in solving cases.

In coming time, the People’s Supreme Court will open a training for judges, intensify support for localities such as investing in facilities, completing IT infrastructures and etc… to improve working quality and effectiveness of the sector nationwide./.