As many as 15,489 smuggling cases have been uncovered this year, the General Department of Customs told a press conference in Hanoi on December 28. 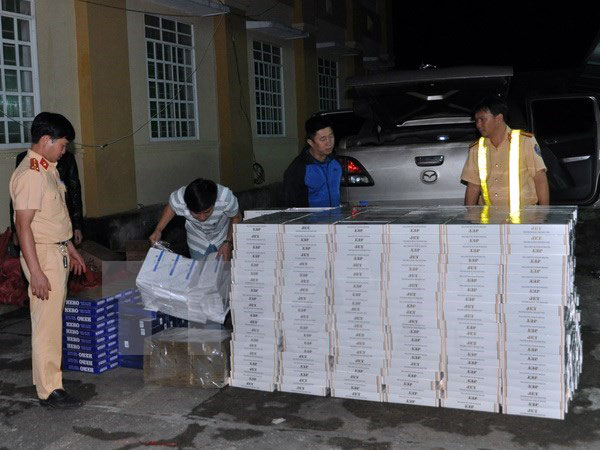 Nguyen Thu Hien, a representative from the general department, said the customs sector has advised the government and Finance Ministry on refining legal regulations related to customs.

Three important units were established, including an online monitor office, a special task force on criminal investigation and anti-drug trafficking teams for the north and the south.

Advanced equipment has been used to detect major smuggling cases, which have proved effective in the fight against the smuggling of secondhand electronics and household appliances in Hai Phong and Ho Chi Minh City.

The sector also foiled a number of wildlife trade cases, notably a case of carrying 137.5kg of elephant tusks and ivory products from Angola to Hanoi’s Noi Bai international airport, and the transport of 16kg of live turtles from Indonesia to Hai Phong’s Hai An seaport, among others.