A helicopter that lost contact during a flight training session in the northwest of Dinh Mountain in southern Ba Ria-Vung Tau province on October 18 was found the next day. 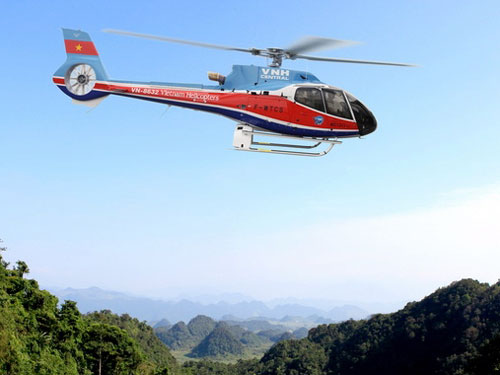 The helicopter, coded 8632EC130T2, crashed onto the Yen Ngua mountain pass killing all three people aboard.

The local search and rescue team is working on bringing the bodies down the mountain. The location of the crash is near the top of the mountain, and it is raining heavily.

An investigation into the cause of the incident is underway.

The chopper belongs to the Vietnam Helicopter Corporation’s training centre based in the southern province.

It began the training session at 7:40am but disappeared from radar at 8:03am, when it was in the northwest of Dinh Mountain, about 25km from Vung Tau airport.

Three officers were on board at that time, including an instructor and two trainees./.