A meeting in tribute to leader Fidel Castro was held in Santiago de Cuba city in eastern Cuba on December 3 (local time), drawing the participation of leaders from foreign countries and tens of thousands of Cubans. 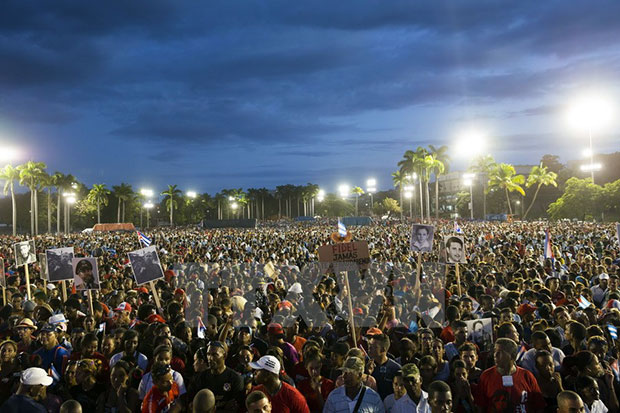 Tens of thousands of people gather at the meeting to pay tribute to leader Fidel Castro (Source: VNA)

Addressing the event, President Raul Castro committed to protecting the nation and socialism, saying Cuba will overcome all challenges and threats hindering its socialism construction.

Cuba will respect Fidel’s wish that no statues or public places are named after him, the President noted.

On December 3 morning, the caravan carrying the ashes of Fidel concluded a four-day journey across Cuba to reach its final destination in Santiago De Cuba where the late leader will be laid to rest in the Santa Ifigenia cemetery.

Fidel Castro, who was Commander-in-chief of the Cuban revolution, former First Secretary of the Communist Party of Cuba Central Committee (CPC), and former President of the Council of State and Council of Ministers, passed away on November 25 night (Havana time) at the age of 90./.