Major projects expected to give Can Tho a new ambience

Can Tho authorities are pinning their hopes on several major infrastructure projects to give the city a new ambience and look, making it a worthy centre of the Mekong Delta region. 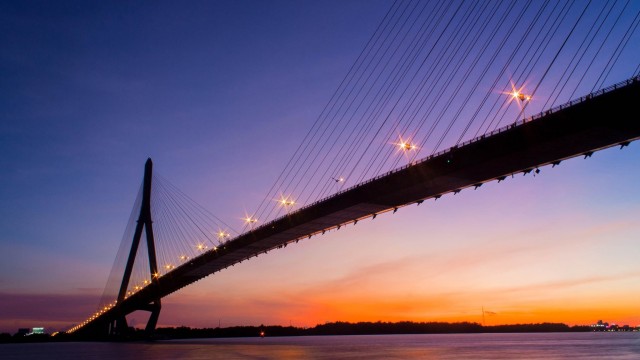 Among the major projects, the project upgrading urban Can Tho city, sponsored by the World Bank (WB), was completed on schedule, bringing back odourless water and green space to a canal once full of black and smelly water and shanties.

The second project, part of a bigger project to upgrade cities in the Mekong Delta region, has been under implementation for two years with total capital of 90.4 million USD.

The third project on developing Can Tho city and increasing the city’s adaptation capacity has a total investment capital of 312.5 million USD, of which the WB provided 250.3 million USD in loans.

The project aims to help Can Tho city develop sustainably and mitigate adverse impacts of climate change while improving transport links in the city and between the city and other localities.

The project will improve water drainage in Ninh Kieu and Binh Thuy downtown districts and build and upgrade a number of bridges and roads in the city.

PetroMekong has committed to ensuring oil and gas supply source