Le Cong Vinh of Vietnam is one of the top 10 active goal scorers by country, according to squawka.com, a web-app that delivers real-time data on football. 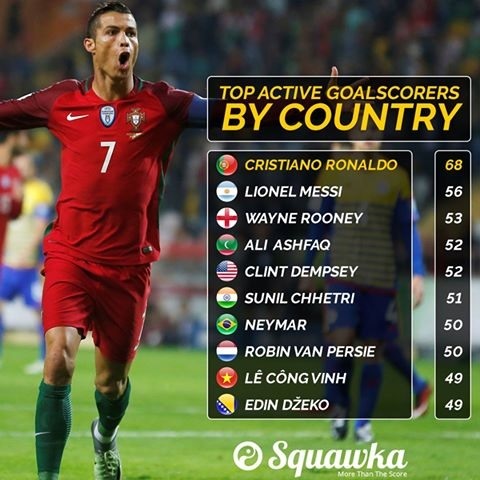 Le Cong Vinh is listed on squawka.com as one of the top active goalscorers by country. (Photo: squawka.com)

Vinh has scored 49 goals and is expected to net some more as he is due to lead Vietnam at this month’s ASEAN football Federation Suzuki Cup.

In top position is Cristiano Ronaldo of Portugal. The Real Madrid striker has netted 68 goals.

He is followed by Wayne Rooney of England with 53 goals./.