The team LH-Lightning from Lac Hong University in Dong Nai became champion of the 2017 Robocon Vietnam after a dramatic finale in northern Ninh Binh province on May 14. 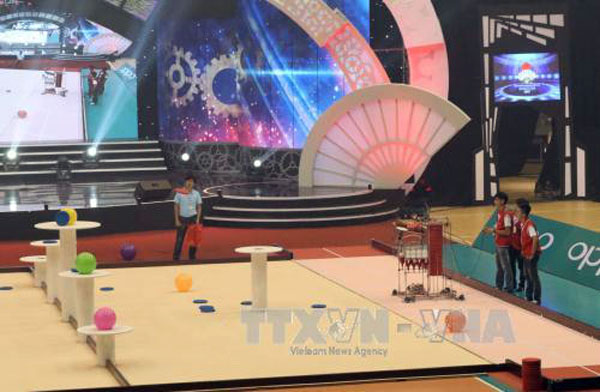 A quarter-final match of the 2017 Robocon Vietnam finale. (Photo: VNA)​

The team will represent Vietnam at the ABU Asia-Pacific Robot Contest slated for this August in Japan under the theme “The Landing Disc”.

The 2017 Robocon 2017 Vietnam, the 16th of its kind, brought together 32 teams with 224 members from universities, colleges and vocational schools all over the country.

The finale was organised by the Vietnam Television and the Ninh Binh People’s Committee, attracting a big cheering crowd of fans and audiences.

Vietnam won the International ABU Asia-Pacific Robot Contest in 2014 and 2015./.