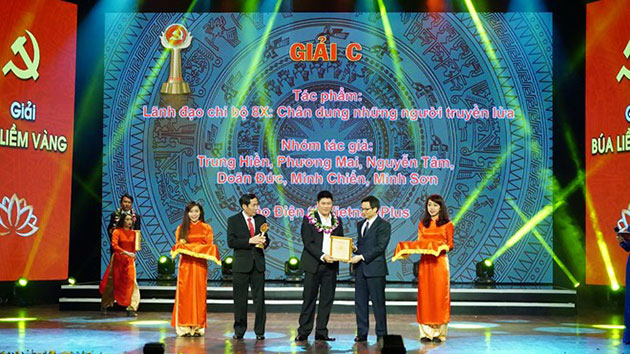 The awards, instituted for the first time to recognise outstanding work done in disseminating information and promoting understanding about the Party’s policies and aims, were given at a ceremony held in Hanoi on February 3 to celebrate the 87th anniversary of the Vietnam Communist Party.

The contest received a total of 1,173 entries, with 47 selected for prizes.

Two stories by reporters from the Vietnam News Agency won third prizes and another won an encouragement prize.

Speaking at the event, Politburo member and permanent member of the Party Central Committee Secretariat, Dinh The Huynh, highlighted the leading role that the Party has played in the country’s Doi Moi (Renewal) process.

He said the revolutionary cause espoused by the Party for the last 87 years offered valuable lessons. It showed that building a clean and powerful Party were key tasks of each and every Party member, he added.

In the 30 years that the country engaged in the Doi Moi process, journalists have made significant contributions to the work of Party-building, the official said.

Huynh urged media agencies and political organizations to support journalists in their work of reporting about the Party, particularly relating to the fight against all kinds of enemies, within and outside the country./.