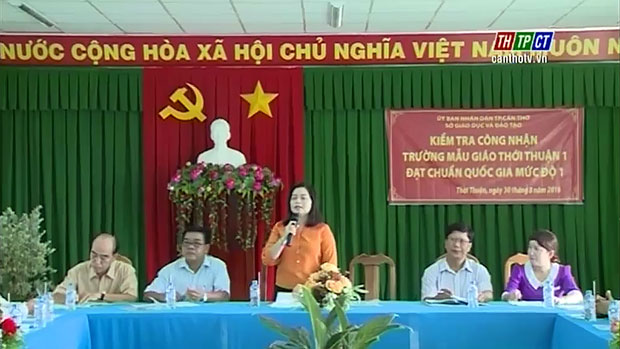 Thới Thuận 1 kindergarten has just been built with 10 classrooms and 7 functional rooms which well meet learning demand of 286 children.