People who want to know their HIV status can now test themselves discreetly thanks to the HIV self-testing service that was launched in Vietnam for the first time on August 26. 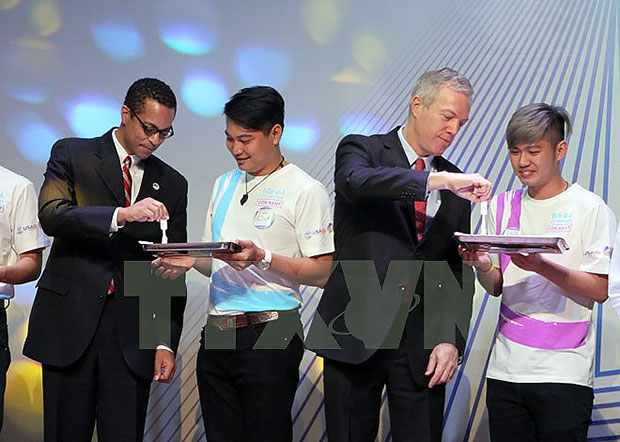 A simple test kit allows the user to obtain the test result after 20 minutes using saliva or blood sample. If the result is positive, the person should go to medical centres to take a confirmation test.

HIV home-testing has been piloted on 377 people since late May 2016, 7 percent of whom were positive to HIV and all of the infected people are under treatment.

Considered as simple and reliable, the service is expected to help raise the rate of HIV-testing among high-risk groups.

US Ambassador Ted Osius said everyone now can test their HIV status in private and safely.

HIV home-testing forms part of the Healthy Markets project funded by the US Government via the US Agency for International Development (USAID) and implemented by PATH, a non-governmental organisation operating in the field of health care.

The service has been added to national HIV/AIDS prevention and control programmes of 16 countries worldwide.