After 15-day examination, the organizers of the 7th contest on Cần Thơ city Radio and Television Works 2016 has just closed and awarded prizes for winners in the evening on October 30th. 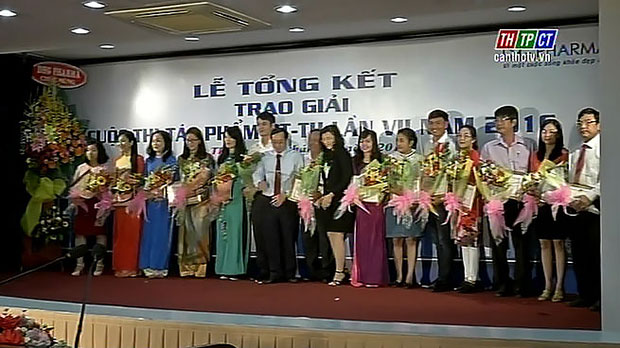 This year, there were 171 works in participation of 130 authors and author groups, who are reporters and editors of Cần Thơ city Radio and Television Station, radio stations in districts, sectors and agencies throughout the city.

The contest is not only a professional activity but also creates a playground for journalists to improve their professional skills.

With the sponsor of Hậu Giang Pharmaceutical Joint-Stock Company, the scale of the contest has been expanded year by year and the quality of works in participation has been improved, vividly reflecting current affairs as well as hot issues around Cần Thơ city and Mekong Delta./.