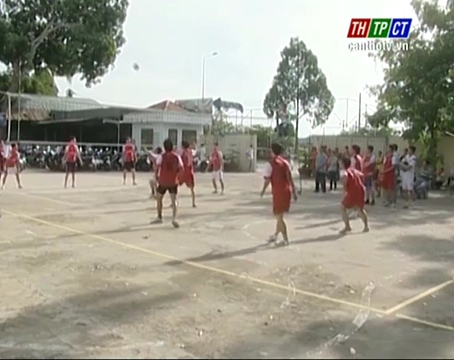 In the morning on May 23rd, Cantho city’s Civil servants’ trade union in combination with the sports and tourism center and the city’s Culture-Labour house organized the sports games of civil servants of Cantho city in 2015 with the participation of permanent member- chief of the inspection commission under Cantho city party committee Pham Minh Phuc. 37 grassroots trade unions with 331 athletes join the tournament with 5 events including chess, badminton, table tennis, volleyball and tennis.

The tournament takes place in 2 days of May 23rd and 24th 2015. The sports games aims to enhance the physical training movement among civil servants, create interesting atmosphere to record attainments in celebration of party congresses in the lead up the 12th national party congress.