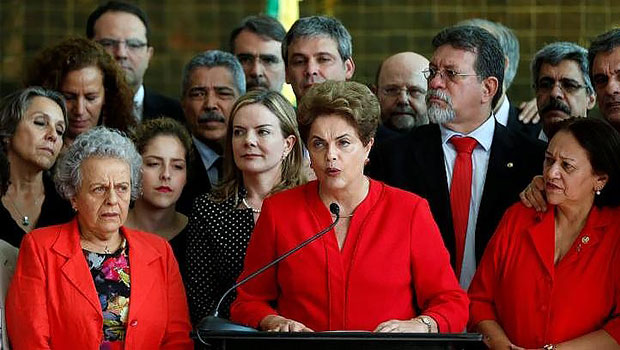 Brazil’s former President Dilma Rousseff (C), who was removed by the Brazilian Senate from office earlier, speaks at the Alvorada Palace in Brasilia, Brazil, August 31, 2016.

Rousseff’s opponents hailed her removal as paving the way for a change of fortunes for Brazil.

Her conservative successor, Michel Temer, the former vice president who has run Brazil since her suspension in May, inherits a bitterly divided nation with voters in no mood for the austerity measures needed to heal public finances.

In his first televised address to the nation after being sworn in as president through 2018, Temer called on Brazilians to unite behind him in working to rescue the economy from a fiscal crisis and over 11% unemployment./.

Bình Thủy carries out project entitled “Tết of soldiers and…

The training on fire cracker shooting on the occasion of…

The ceremony to see off soldiers who have completed their…