The export value of agricultural, forestry and aquatic products reached 7.6 billion USD in the first three months of 2017, a year-on-year increase of 7.6 percent. 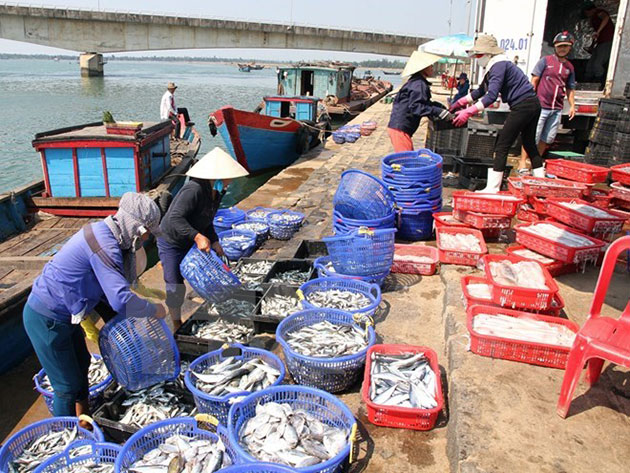 In March alone, the earnings from these products were estimated at 2.9 billion USD, according to the Ministry of Agriculture and Rural Development.

The increase was buoyed by a year-on-year surge of 13 percent in the export value of wood and wood products in the first quarter to 1.7 billion USD, with 649 million USD earned in March.

Aquatic product exports in the period grew by 3.6 percent from the same period of 2016, to 1.5 billion USD, including 537 million USD in March.

According to the Ministry of Agriculture and Rural Development, the import value of agro-forestry-aquatic products in the first quarter was estimated at 6.01 billion USD, up 14.3 percent year on year, including 1.96 billion USD worth of products imported in March.

The value of agro-forestry-aquatic production enjoyed a year-on-year increase of 1.98 percent in the first quarter, of which the agricultural sector up 1.41 percent, forestry 5.04 percent, and fishery 3.59 percent./.