After visiting Mekong Delta Rice Research institute, Thoi An tra fish co- op, Labiofam Vietnam limited liability company, in the evening on June 3rd, leaders of Cantho city held a solemn banquet for the high ranking delegation of the Cuban Communist party headed by Sir. Salvador Valdes Mesa- politburo member- vice president of the state council of the Cuban Republic on the occasion of his working visit in Cantho city. 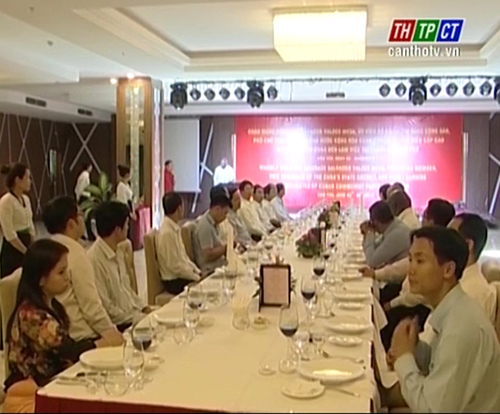 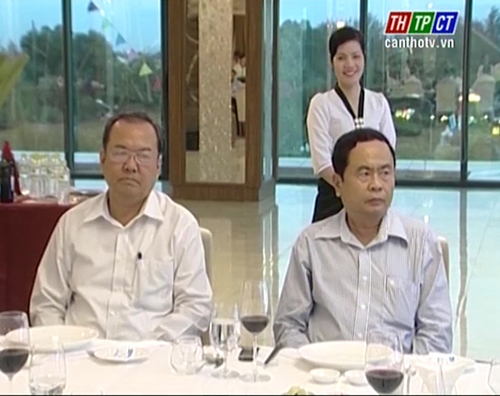 Vice secretary of the city party committee, chairman of the city people’s committee Le Hung Dung, representing the party, authority and people of the city extended the warm greetings and good health wish to Sir. Salvador Valdes Mesa and his entourages for the visit in Cantho. The chairman asserted the cemented friendship between the 2 parties, states of Vietnam and Cuba, including Cantho city. The chairman believed that this visit would have a new chapter in the friendship and cooperation relation between Cuba and Vietnam in general, Cuba and Cantho city in particular. 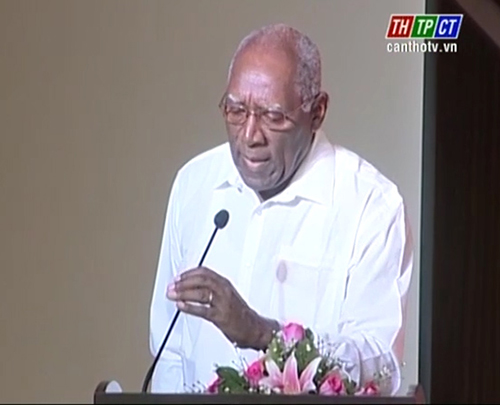 Sir. Salvador Valdes Mesa thanked the sincere affection, red- carpet welcome by the party, authority and people of Cantho city for the delegation, expressing his delight at the visit to Vietnam and Cantho alike, congratulated achievements recorded by the city in the past time. On this occasion, he also extended congratulations to the people of Cantho city for the 125th birth celebration of president Ho Chi Minh- the national hero, world cultural celebrity and wished the party congress of the city party committee a success, affirming that the friendship tie between the 2 parties, states and peoples of Cuba and Vietnam is a special relation. This visit would contribute to further cementing the solidarity, friendship between the 2 nations.