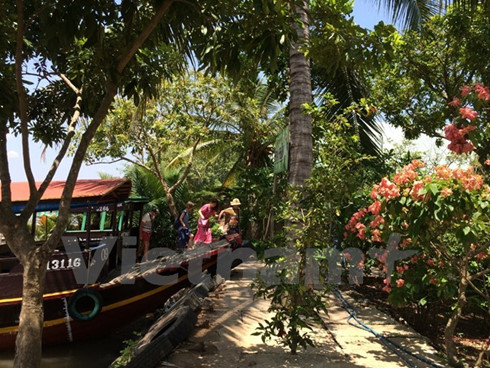 A workshop to seek ways to develop tourism in the Mekong Delta region was held in Hau Giang province on July 11, as part of the Mekong Delta Economic Cooperation Forum slated to open in the locality the same day.

Deputy head of the Vietnam National Administration of Tourism Ha Van Sieu said that the region’s tourism potential has yet to be tapped fully, although it holds a lot of potential to develop tourism in comparison with other regions.

The workshop was a chance for localities and enterprises to discuss new and effective measures and action programmes to develop tourism.

It also aims to intensify connectivity in the field between localities in the region, and between those with other localities nationwide, Sieu added.

According to deputy head of the Department for Socio-cultural Affairs under the Steering Committee for the Southwestern Region Nguyen Hoang Hanh, to increase the efficiency of the connectivity, localities, organisations and enterprises should effectively implement a project to build the region’s typical tourism products, issue preferential policies to attract investments in large-scale tourism development projects, and develop traditional trade villages.