Vietnam’s international connectivity will be improved once the Vietnam Posts and Telecommunications Group (VNPT)’s internet service via the Asia-Africa-Europe-1 (AAE-1) is offered in July. 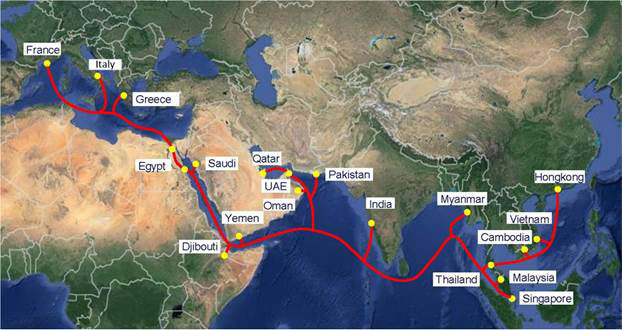 The AAE-1 is the fifth international cable system that VNPT has been a part of constructing. The system will enhance the country’s internet bandwidth and ease burden on submarine fiber optic cables.

The AAE-1 is a 25,000 kilometre consortium cable system connecting Southeast Asia to Europe via Egypt.