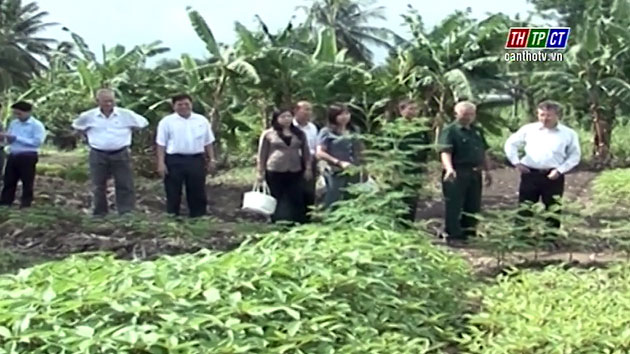 Clean vegetables cooperative of the War Veterans’ Association in An Hòa ward with 6 members, operating following the model of team economy with the voluntary spirit, produces different types of vegetables on 1,200 square meter land.

In the first 6 months of 2016, it harvested and sold vegetables with price of more than VND 73 million, earned profit of VND 40 million.