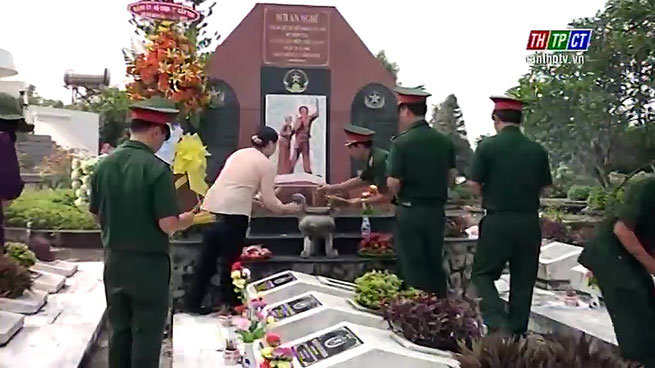 The delegation had a minute of silence in front of dead heroes. They warmly thanked Party Committee, government, people of the 2 districts Tân Hiệp and Giồng Riềng of Kiên Giang province for looking after these tombs as homeland’s children./.