Vĩnh Thạnh: Meeting of the Steering Committee for Defense Rehearsal

Vĩnh Thạnh district has just held a meeting of steering committee, organizing Board for defensive area rehearsal of the district in 2016. 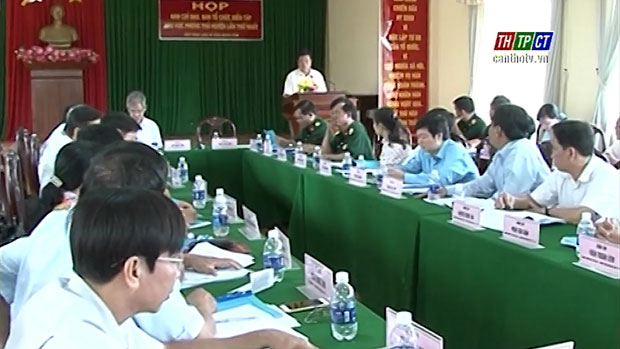 Meeting of the Steering Committee for Defense Rehearsal

The meeting has promulgated decision on founding the Steering Board for the rehearsal of defensive area in Vĩnh Thạnh district 2016, discussed and devised plans on rehearsal and talked about contents related to the rehearsal.

At the conference, the organizers have assigned specific missions to agencies and units; urged the units to ensure progress of preparation for the rehearsal.

In schedule, the district will rehearse the defensive area in November 2016./.

Over 50 cases of not wearing masks at public places punished

Nominees of the constituency No.6 met voters in Thới An ward