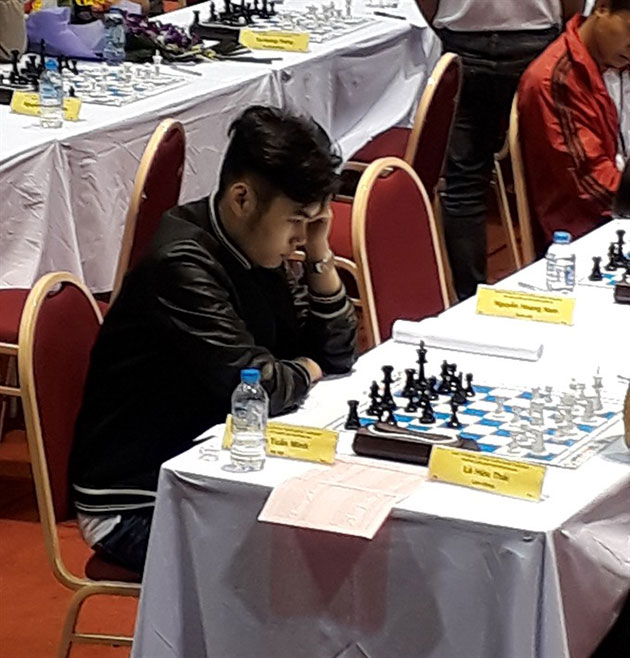 Minh was seeded No 1 in the Open category. He grabbed six points after seven matches and topped the ranking.

He was followed by International Masters Mosadeghpour Masoud and Khodashenas Mersad of the hosts.

Players will play nine matches until May 10.

The blitz chess event will follow and also end on the same day./.