The implementation of the “Vietnamese use made-in-Vietnam goods” campaign is a right policy that needs to be stepped up to boost the domestic market in the long run. 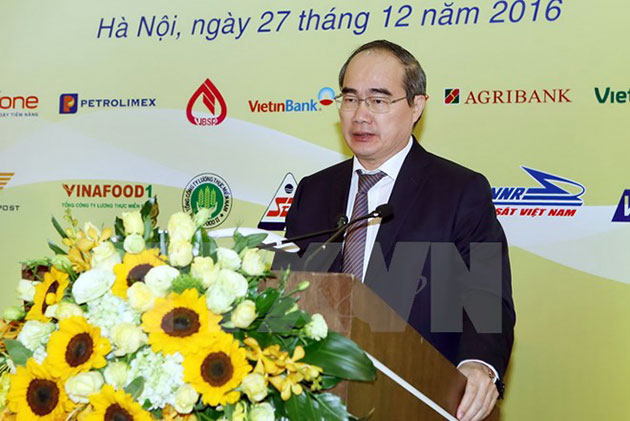 The task was set by the Party Committee of the Central Enterprises Bloc at a conference in Hanoi on December 27.

After seven years of implementation, 35 affiliate party committees have instructed enterprises and units to implement the movement, helping employees change their shopping habits towards choosing locally-produced goods and services.

Central enterprises have stepped up the application of advanced technology and improved human resources to create new quality products, saving trillions of dong.

Speaking at the event, Secretary of the Party Committee of the Central Enterprises Bloc Pham Viet Thanh said each member of the 1.3 million-employee bloc must reform its administration and production system, expand distribution channels and improving the quality of services and goods, describing it as the only way to win Vietnamese people’s trust.

Nguyen Thien Nhan, President of the Vietnam Fatherland Front Central Committee, praised the implementation of the campaign by the Party Committee of the Central Enterprises Bloc, especially the initiative to encourage its enterprises, banks and units to prioritise using each other’s products.

He emphasised the need to raise public awareness of the issue, saying that producers should create quality products while Vietnamese consumers should show their patriotism by choosing locally made goods.

He recommended the committee to review policies and assess reality to develop measures to encourage the use of domestic goods like building a website introducing domestically-produced products to consumers./.