Hoang Quy Phuoc of Vietnam won a gold medal at the Swim Open Stockholm which closed in Sweden on April 11. 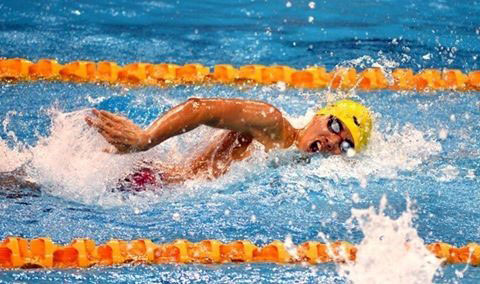 Phuoc, who finished fifth in qualification, triumphed in the men’s 100 freestyle final with a time of 49.96sec.

Christoffer Carlsen of the hosts came second in 50.03, with his teammate Isak Eliasson third in 50.20.

Phuoc also took part in the 200m freestyle and finished fourth clocking 1:48.85, beating his own national record of 1:48.95, set during the Southeast Asian Games in 2015 in Singapore.

This year more than 930 swimmers from over 25 countries competed in the pool in Stockholm from April 8-11.

Swim Open Stockholm is an annual event. Next year it will be on April 4-7./.