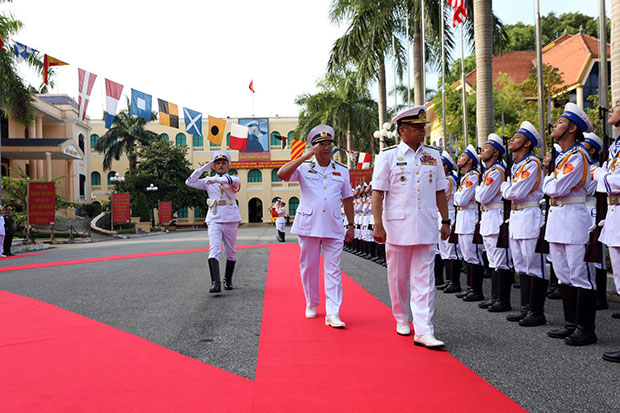 At the event, the Vietnamese Rear Admiral said the two countries’ navies should strengthen solidarity while maintaining peace in the East Sea on the basis of respecting international law and the Declaration on the Conduct of Parties in the East Sea.

The Malaysian Admiral said he will instruct authorised bodies to prepare for cooperation with the Vietnamese Navy, particularly in establishing a communication channel and joint sea patrols.