The Vietnamese delegation to the Rio Olympic Games took part in a flag-hoisting ceremony held in the Olympic village at 6pm on August 1 (Brazil time), officially marking their presence in Rio De Janeiro to compete in the world’s largest sporting event. 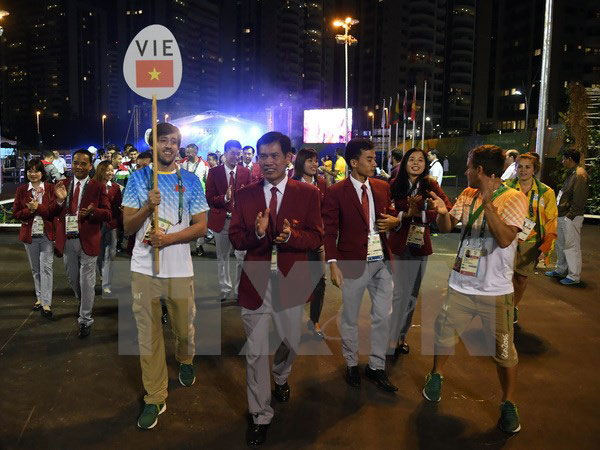 The ceremony was attended by deputy head of the General Department of Sports and Physical Training Tran Duc Phan, who is also head of the Vietnamese delegation to Rio and some 30 Vietnamese athletes.

As many as 42 Vietnamese athletes entered the Rio athletes’ village while eight others from the wrestling, badminton and rowing teams are set to arrive in Rio de Janeiro on August 2.
The Ministry of Culture, Sports and Tourism on June 29 finalised a list of 50 athletes and officials, under Phan, to take part in the Summer Games.

The athletes will compete in 10 sports.

Vietnam did not win any gold medals in the London 2012 Games but has won two silvers – one in taekwondo from Sydney 2000, and one in weightlifting from Beijing 2008.

The Rio Olympics will open on August 5 and finish 16 days later./.