The essence of the Vietnamese culture was highlighted at a ceremony to wrap up the 2015 Vietnamese Culture Year in the Czech Republic in Prague on June 18. 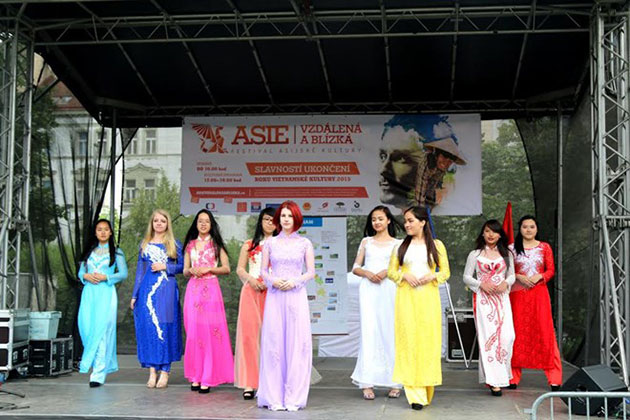 The 2015 Vietnamese Culture Year was organised as part of over 100 activities to mark the 65th anniversary of the diplomatic ties between Vietnam and the Czech Republic and to boost the traditional ties between the two nations.

Addressing the closing ceremony, Vietnamese Ambassador to the Czech Republic Truong Manh Son said the activities during the year have made significant contribution to consolidating the relationship between the Vietnamese overseas people in the country.

The event featured a wide range of activities, including showcases of Vietnamese traditional “long-dress” costumes, handicraft items, cuisine art and photos of Vietnamese people and their livelihoods across the country.