Vietnamese author Can Tieu Hy received the Silver Award of the 10th International Manga Awards at a ceremony held in Tokyo by the Japanese Ministry of Foreign Affairs on February 6. 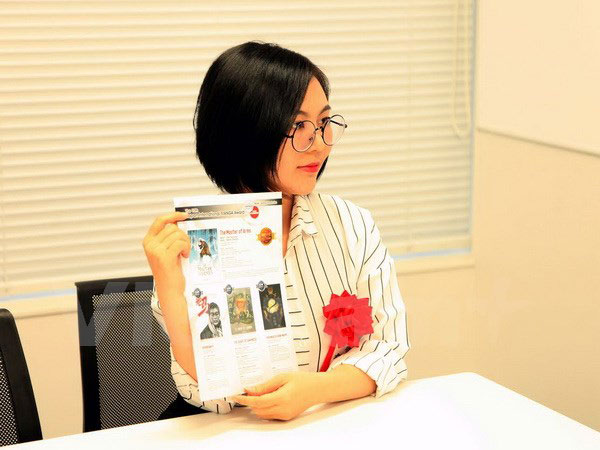 The author, whose real name is Phan Cao Ha My, won the award with her debut work “Dia Nguc Mon” (Gateway to Underworld).

This is the second Vietnamese manga work to win an award at the contest, after “Long Than Tuong” (Holy Dragon Imperator) by Nguyen Thanh Phong and Nguyen Khanh Duong.

A total of 14 works were honoured at the ceremony.

The Gold Award was granted to The Master of Arms by Joel Parnotte and Xavier Dorison from France.

Other Silver Awards went to the Scavengers by Han Zuzheng from China, and The Heart of Darkness by a group of authors from Italy, including Laura Iorio, Roberto Ricci and Marco Cosimo D’amico.

The Japan International Manga Awards were founded in 2007 by the Japanese Ministry of Foreign Affairs, with the purpose of expanding international exchange and mutual understanding through manga culture.

It is a prestigious annual contest that draws hundreds of authors worldwide.

There were 296 entries from 55 countries and territories at this year’s awards./.