Vietnamese athlete Nguyen Van An ranked 30th out of 43 athletes in the qualifying round of the men’s slalom of Alpine Skiing, the last sport for Vietnam at the Asian Winter Games which closed in Sapporo, Japan on February 26. 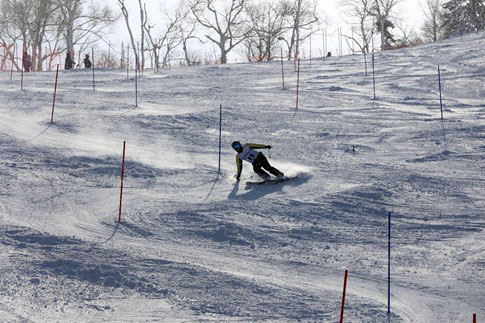 However, the weather was more severe in the next round. The snow was thick and vision was limited.

An slipped and fell, meaning he was eliminated from the race.

Another Vietnamese representative, Nguyen Vo Huu Vinh was ousted from the qualifying round because of an error during competition.

Pham Tien Dat was injured so he couldn’t take part in this category.

Vietnam sent six athletes to compete in the tournament which attracted the participation of athletes from 30 Asian countries and territories.

They competed in alpine skiing, cross-country skiing and snowboarding.

It is the first time Vietnam has sent a delegation to the regional winter games./.

The training on the taekwondo profession for instructors,…

The training on EVFTA

The production of the autumn-winter rice crop and cash crop…