Vietnamese Truong Thi Kim Tuyen won a silver medal at the 2017 WTF World Taekwondo Championships in the Republic of Korea on June 25, a milestone for Vietnamese taekwondo. 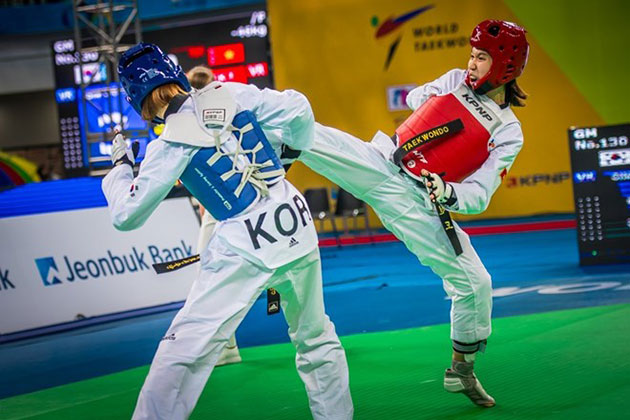 The medal was in the women’s 46kg category, in which Vietnam previously achieved only bronze medals.

To enter the final, Tuyen defeated six rivals, including Charanawat Napaporn from Thailand, who won the 2016 WTF World Junior Taekwondo Championships in the category.

The final round saw the Vietnamese athlete defeated by the host nation’s Sim Jae-young.

Truong Thi Kim Tuyen was born in 1997 in the Mekong Delta province of Vinh Long.