Hoàng Xuân Vinh has made history when he secured a gold in the men’s 10m air pistol event at the Rio Olympics on August 6, becoming the first Vietnamese to win an Olympic gold medal. 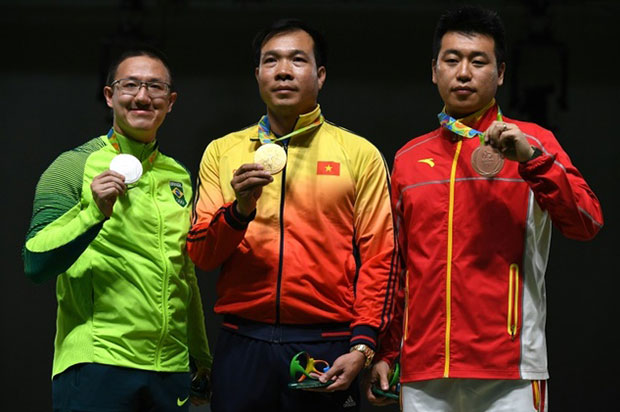 His achievement was 0.4 point higher than the runner-up, Felipe Almeida Wu, of host Brazil. The bronze medal went to Pang Wei of China.

Vinh, who is a military officer, said he hopes his victory will encourage young Vietnamese people’s love for shooting. He thanked all the fans, his coaches and family for their continual support.

“The final shots were very stressful. I thought that I must be strong in the most difficult moments. I took a deep breath to regain my calm and do better,” he said after receiving the gold medal.

Initially, Felipe Almeida Wu of Brazil was forecast to win the gold medal, but he failed and attributed his silver to injuries./.

Education enhancement for the young generation of revolutionary ideals, ethics and…

Ô Môn district has carried out multiple works to welcome…

Ensuring electricity supply for the elections

The 5ᵗʰ session of the election committee of Cần Thơ city