Power-lifter Le Van Cong has won the first-ever gold medal at a Paralympics for Vietnam and set a new world record of 183kg in the men’s 49kg category. 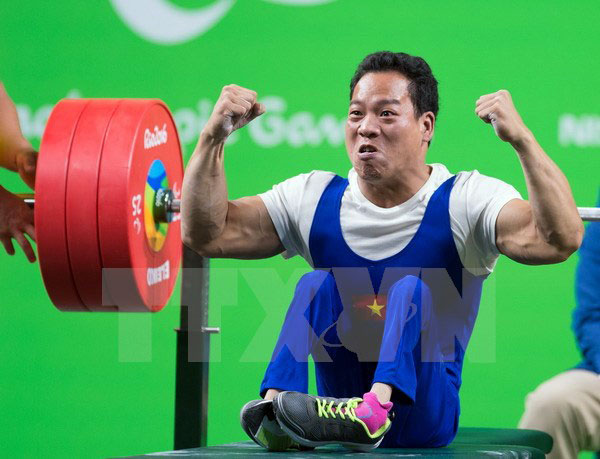 With a lift of 181kg, he obtained the gold medal at the ongoing Games in Rio de Janeiro, Brazil, in early morning of September 9 (Vietnam time).

The medal is also the first of its kind for Vietnam since it began competing at a Paralympics in 2000.

In the last lift of 183kg, he broke his own world record of 182kg, set at the 2015 International Paralympic Committee Powerlifting Asian Open Championships in Almaty, Kazakhstan.

Cong, 32, is one of the 22 members, including 11 athletes, of the Vietnamese delegation to the Paralympics. They will compete in athletics, swimming and powerlifting./.

Purple rice: A new product that contributes to raising quality of Vietnamese rice