Vietnam has reiterated its sovereignty over the Truong Sa (Spratly) and Hoang Sa (Paracels) archipelagoes, and held that all construction and reclamation at the two archipelagoes without Vietnam’s permission are illegal. 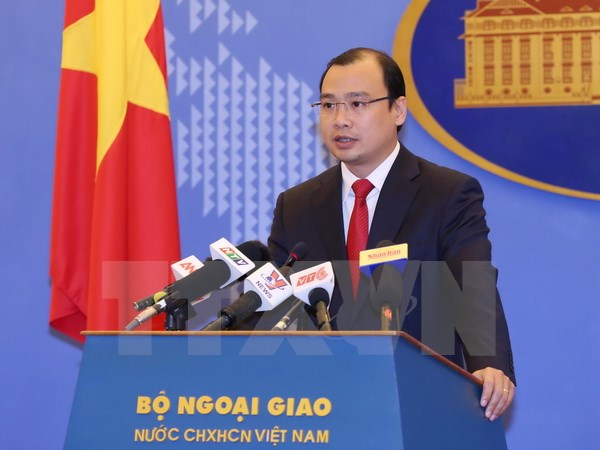 Foreign Ministry spokesperson Le Hai Binh made the statement on February 23 in responding to reporters’ question on Vietnam’s reaction to reports that China has almost completed the construction of more than 20 structures which could be storage facilities of long-range surface-to-air missile on artificial islands in the East Sea.

“Vietnam has sufficient legal grounds and historical evidence” to prove its sovereignty over the two archipelagos, Binh said, adding that Vietnam will verify the information.

He highlighted Vietnam’s consistent stance on settling disputes in the East Sea by peaceful measures in line with international law, including the 1982 UN Convention on the Law of the Sea, and with full and effective observance of the Declaration on the Conduct of Parties in the East Sea.

“Vietnam urges related parties to behave in a responsible manner and refrain from taking any action that can further complicate the situation, particularly militarization that threatens peace, stability, security, safety and freedom of navigation and overflight in the East Sea,” he said./.