Vietnam and the United Kingdom of Great Britain and Northern Ireland signed a memorandum of understanding on defence cooperation in Hanoi on April 19. 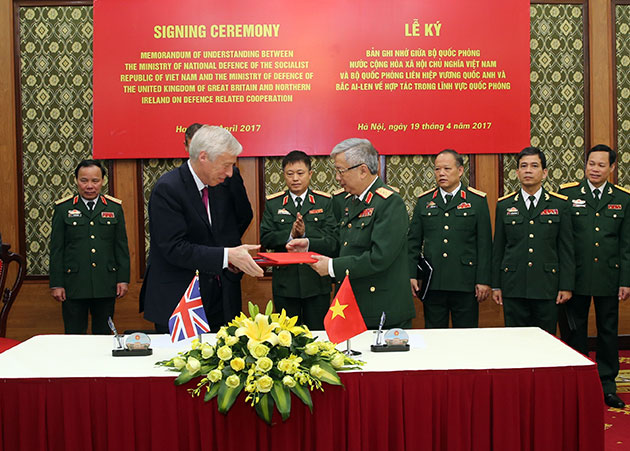 Vietnam and the UK sign the MoU on defence cooperation on April 19 (Photo: VNA)

The signing took place after the talks between Deputy Defence Minister Nguyen Chi Vinh and The Rt Hon Earl Howe, Deputy Leader of the House of Lords and Minister of State for Defence of the UK.

During the talks, the two sides discussed measures to promote cooperation between the two defence ministries, thus deepening the strategic partnership between the two nations./.