Vietnam U20 futsal team defeated U20 China 5-1 in their friendly match in Thailand on May 13. 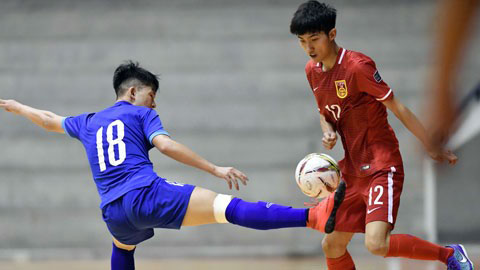 U20 Vietnam and U20 China futsal teams in the friendly match in Thailand on May 13 (Photo: thethaovietnam.vn)

The match was a warm-up for the knockout stage of the Asian Football Confederation U20 Futsal Championship, which will be held in Thailand on May 16-26 at the Bangkok Arena and the Huamark Indoor Stadium.

Vietnam is in Group B with Japan, Chinese Taipei, Tajikistan and Indonesia in the championship. There are 16 other teams competing in three different groups. The group winners and runners-up from each group will qualify for the knockout stage – the quarterfinals.

Vietnam will face Tajikistan in their first match on May 17. Subsequently, they will face Indonesia (May 18), Chinese Taipei (May 19) and Japan (May 20)./.