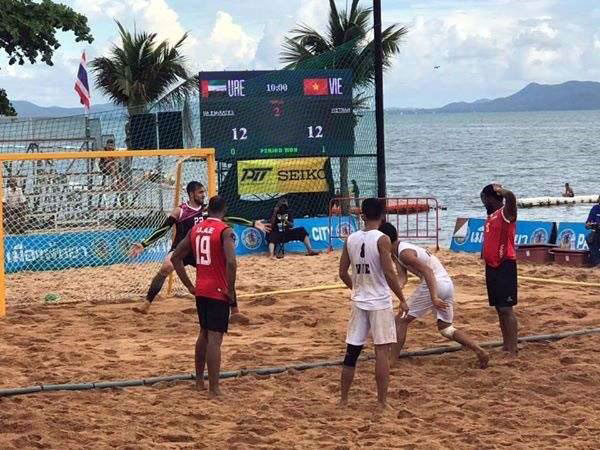 Vietnamese male players (in white) in a group round match with Iran on May 12 at the Asian Men’s and Women’s Beach Handball Championships. (Photo: baomoi.com)

The female team finished second at the Asian Men’s and Women’s Beach Handball Championship which ended in Thailand on May 15.

The Vietnamese team won 2-0 over China and Chinese Taipei before losing 0-2 to the host side.

They won their right to take part in the world tournament to be held in Sochi, Russia.

The male team stood No 4 after losing 1-2 to Iran in the third-placed match. The result was enough for them to qualify for the world competition.

It will be the first time for both Vietnamese sides to compete at the highest level tournament of beach handball./.