Vietnam to hold a day of national mourning for Fidel Castro

Vietnam is going to hold a day of national mourning for Fidel Castro on December 4 to express condolences and gratitude to the revolutionary leader of Cuba, who passed away on November 25. 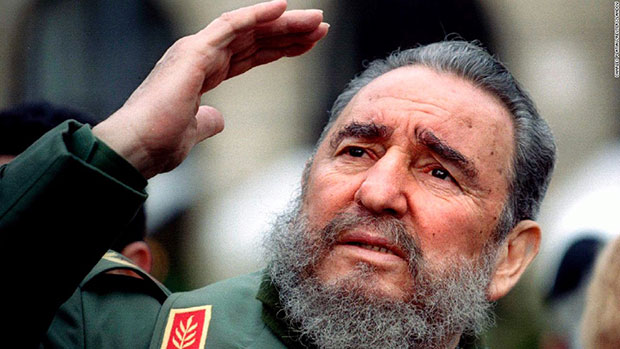 The decision was made by the Communist Party of Vietnam Central Committee, the National Assembly, the President, the Government and the Vietnam Fatherland Front Central Committee basing on the special relationship between Vietnam and Cuba.

Fidel Castro, who was Commander-in-chief of the Cuban revolution, former First Secretary of the Communist Party of Cuba Central Committee (CPC), and former President of the Council of State and Council of Ministers, died on November 25 night (Havana time) at the age of 90.

Cuba announced nine days of national mourning for him from November 26 to December 4.

Fidel will be interred in a cemetery in Santiago city on December 4.

He led the Cuban revolution to victory, seizing the administration on January 1, 1959.

From 1976 to 2008, Fidel Castro was a member of the parliament and was elected as President of the Council of State and Council of Ministers.

On July 31, 2006, due to health reason, he handed over the power to Raul Castro, the then Second Secretary of the CPC Central Committee and First Vice President of the Council of State.

In February 2008, Fidel Castro declared not to run for election to the seventh National Assembly and State leadership positions.

He also resigned from his post as First Secretary of the CPC Central Committee at the sixth Congress of the CPC in April 2011.

Cuba and Vietnam established the diplomatic ties on December 2, 1960.

Since then, Fidel Castro, Vietnamese President Ho Chi Minh and following leaders of the two countries have continually nurtured the solidarity, comprehensive cooperation and mutual trust between the two Parties, States and peoples.

He was the first foreign leader to visit the newly-liberated area in the central province of Quang Tri in September 1973.

He was also a country leader who took the lead in international movements to support Vietnam’s struggle for national independence and reunification, along with national development and defence.

With all his great contributions, Fidel Castro was presented with the two noblest orders of the Vietnamese State: Golden Star Order in 1982 and Ho Chi Minh Order in 1989./.