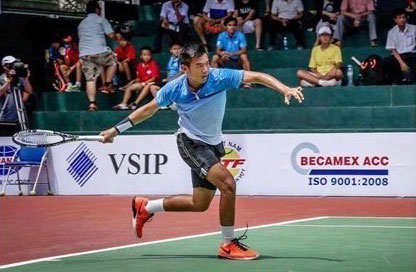 It is the highest ranking a Vietnamese player has ever achieved.

Nam improved his position after reaching the semi-finals of the men’s singles category of the Singapore F1 and F3 event.

With the position of No 559, Nam is ranked second in Southeast Asia, only behind Christopher Benjamin Rungkat of Indonesia, world No 441.

Meanwhile, Nam’s teammate Nguyen Hoang Thien also rose 15 steps from world No 1429 to No 1414 in the men’s singles.

Nam, who won a Wimbledon trophy in the boys’ doubles, is hoping to make it into to the world’s top 500 ranked players this year./.