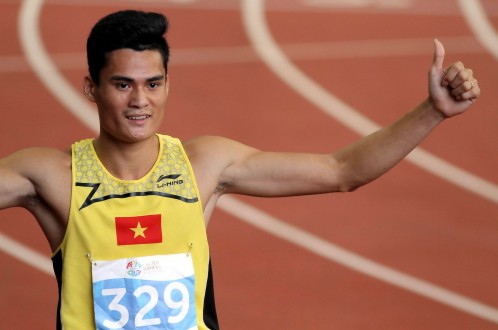 Lich, who won silver medal in the same race at the 28th Southeast Asian Games in Singapore, clocked 45.99sec, breaking his own national record of 46.02s (Singapore) and beat the SEA Games’ record of 46.00s held by Thailand’s Sukkaew Kunanon.

Meanwhile, Nguyen Thi Huyen won her second gold medal of the tournament, finishing the women’s 400m race with a time of 52.41s.

Earlier, she had bagged a gold in the second leg for the same race with a time of 52.72s.