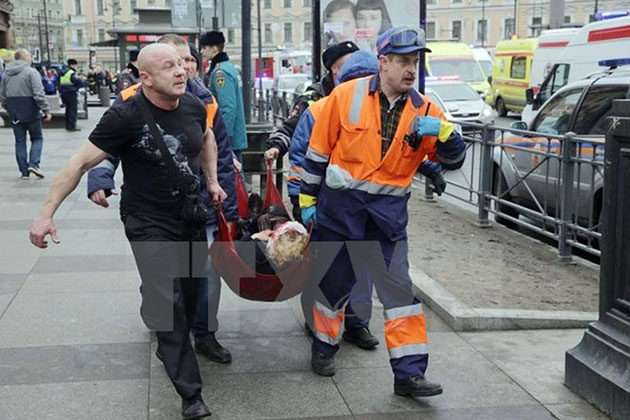 Rescuers carry a victim of the blast (Photo: EPA/VNA)

She said on April 4 that Vietnam was stunned when hearing news of the blast in St. Petersburg, Russia, which killed and injured tens of people on April 3.

“Vietnam strongly condemns this terror attack and offers the deepest condolences to the Government and people of the Russian Federation and families of the victims,” she stressed.

The spokesperson expressed her belief that the culprits will be punished soon.

Hang also quoted the Vietnamese Embassy in Russia as saying that there haven’t been any reports on Vietnamese victims in the blast.

The Foreign Ministry has ordered the embassy to keep a close watch on the situation and provide emergency aid to any Vietnamese involved, she noted./.